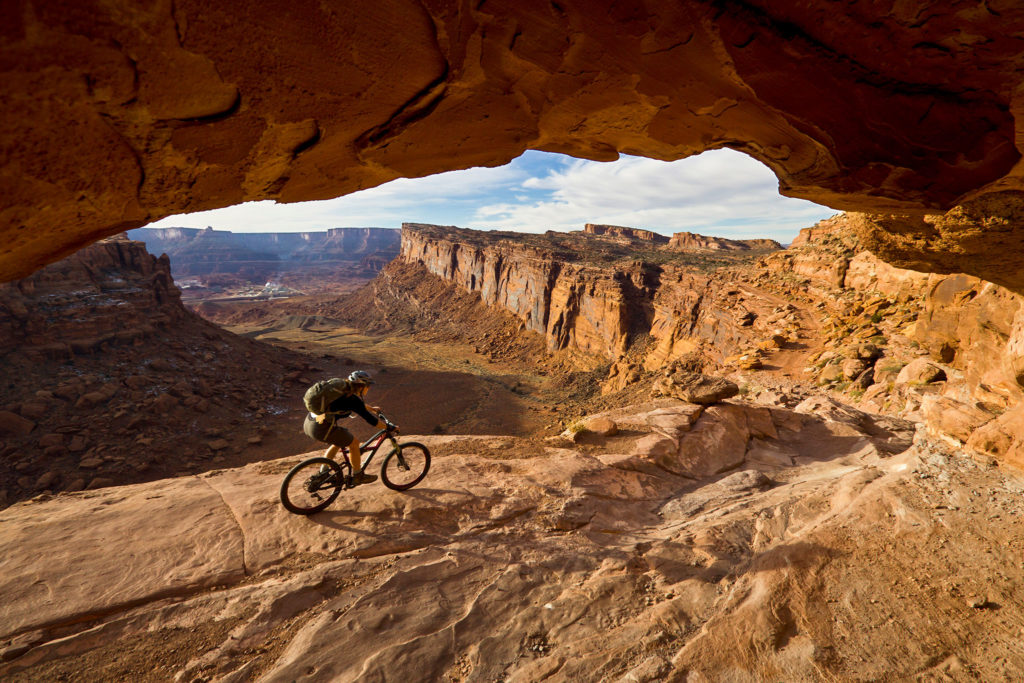 If you’ve ever watched professional MTB riders making everything look so simple, then don’t be fooled. There is a lot of technique going into making it look that way; many years of practice have enabled them to climb, descend, brake and swing into bends with such consummate ease.

But, for us ordinary mortals, there are a few fundamental skills which, if practised, will make the whole learning process a little easier. These skills don’t come in any particular order and, because it is unlikely that you will read this while actually riding, we’ll just tell them in what we consider the order that will cause the least pain…from falling off, that is.

We’ll assume that before you get into any properly technical stuff, you’ll want to know the absolute basics for riding on flat ground – no, not on the road, but on a trail. Yes, even the ‘easy’ trails need some basic skills which will help you later when it gets more adventurous.

First things first. A mountain bike isn’t a road bike and, as such, it is likely that your rear will spend a lot less time on the saddle. If the trail is completely flat and smooth then you will be sitting, but as soon as it starts to ‘rough up’ a bit then you’ll have get up (your thighs are going to do some work!).

Fundamental to MTB riding (in fact, any riding) is keeping both your arms and legs bent – so not locked out at any point. Staying as relaxed as possible is your aim. Also, you’ll need to be keeping a finger on each brake lever and your eyes looking much further ahead that you think they should. This gives your brain time to assess what it has seen; looking at the piece of ground straight ahead of your wheel won’t give you anywhere near enough time to steer around an unexpected obstacle. Later on you’ll see why this is a really important trick to master. 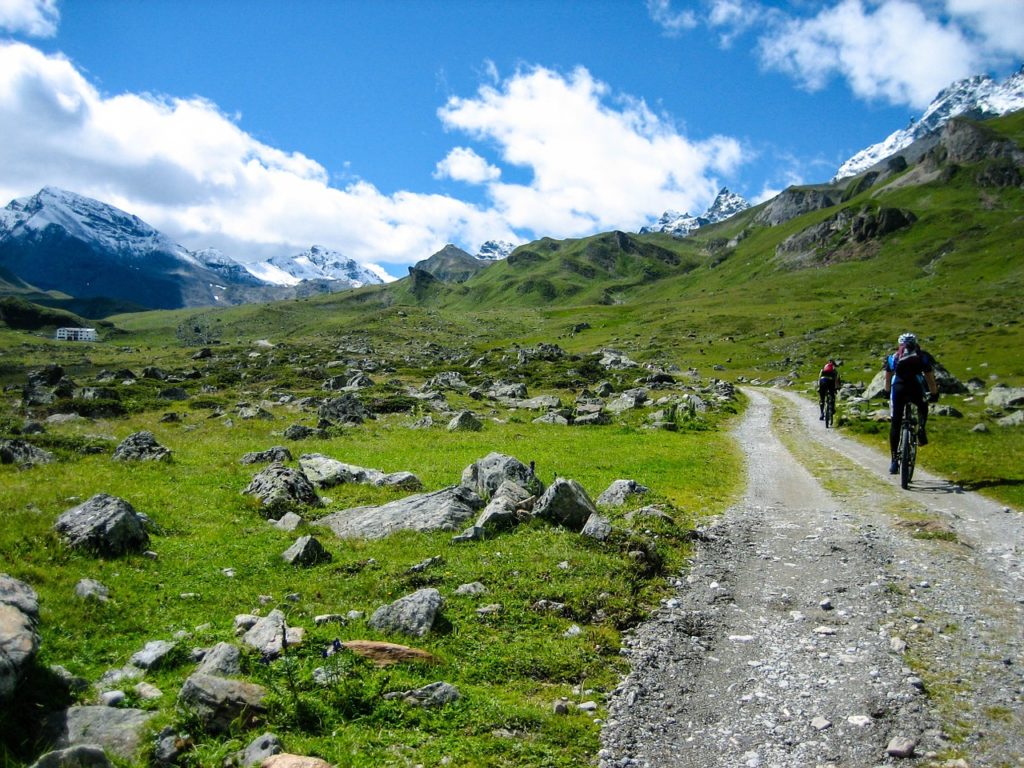 Once you’ve got easy on the flat bits and the slightly rougher ground you’ll probably encounter a climb – it’s the reason why they are called ‘mountain’ bikes. Going up hill changes things, unless you own an eMTB.  Now you’re going to have to make sure that your weight is as forwards as you can make it without losing traction with the rear; it’s a difficult skill to master because the degree of slope is unlikely to stay the same and the surface will vary; the softer the surface the more likely the rear wheel (the driving one) will slip.

Only practice will get you adept at transferring your weight backwards and forwards to keep the front wheel down and the rear wheel from losing traction. One thing that we should have mentioned before this point is that when you see a climb approaching, you should select the easier gear as soon as possible – mountain bikes don’t like changing gear when under load so change before you get there. Oh yes, and keep looking a long way ahead. 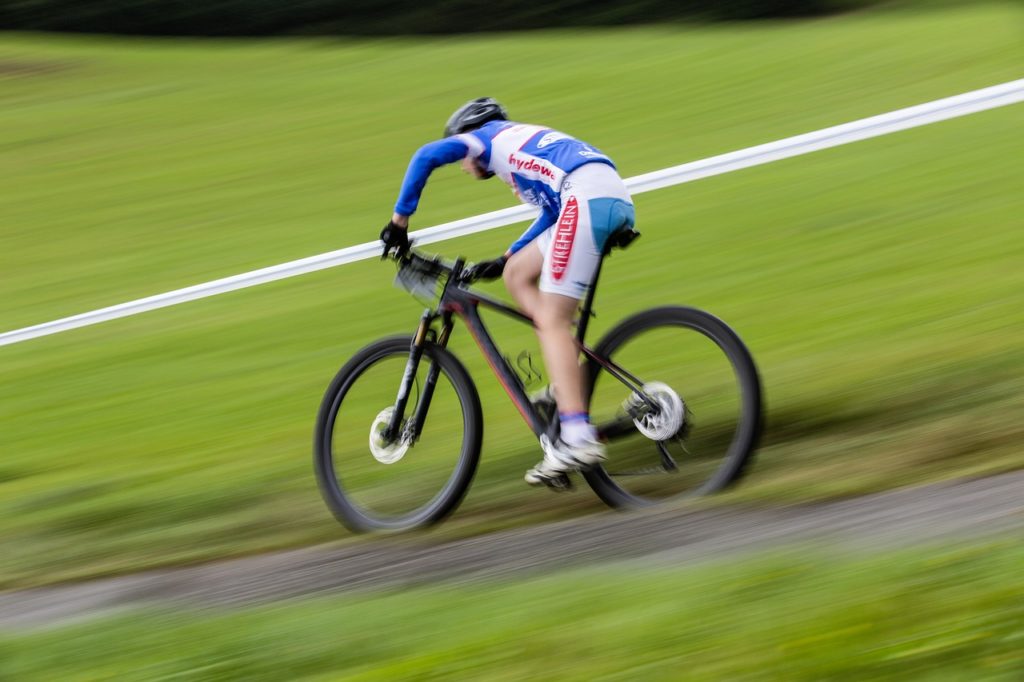 Once you’ve successfully climbed your first steep section then more than often you’ll have to descend again – unless it’s a really big climb. Descending takes another sets of rules.  Speeding down a mountain is how the whole sport came about thanks to Charlie Kelly and his friends.

Now, instead of leaning over the front wheel, you have to try to get your weight over the rear by moving off the saddle and balancing your weight behind it – more work for the thighs. It’s unlikely that you’ll have to pedal too much when descending, so try to keep the pedals level – then you won’t catch one when you have to steer around a bend. As always, cover the brakes and look well ahead. 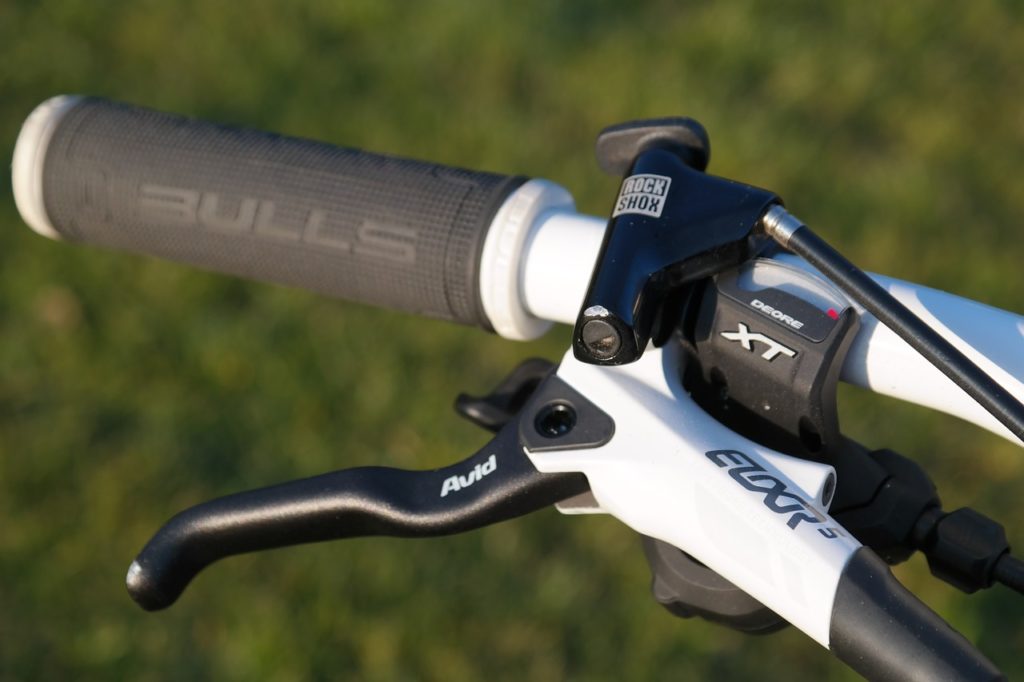 Something we could have mentioned in the section above but decided that it should have its own section is braking. Of course, it’s likely that you will be braking on your way down the descent, but we wanted you to think that most of the time you wouldn’t have too…it only slows you down. But there are time when braking is important, of course. The way to think of the brakes is the same way that Mr Rossi does on his Moto GP bike; use the front for slowing down and stopping and the rear for steadying the bike.

Likewise, think of the brake as an upright-only option; braking in bends is never good as you’re stealing grip from tyres already under stress from the cornering forces. Brake into the bend and roll out of it. The only way to succeed at this is to make sure that, by looking ahead, you prepare for the corner properly and get your entry speed right – look for exit, not the entrance.

The braking mechanisms on your handlebars are called levers; this means that they are not simply a switch that you turn on and off; brake progressively and without panic – remember to use your own weight to counter-act them. With regards to the trail surface, don’t try to brake on a bare root or a patch of ice because nothing will happen – but then if you were looking ahead well enough you would have seen these hazards anyway, and would have braked a little earlier. 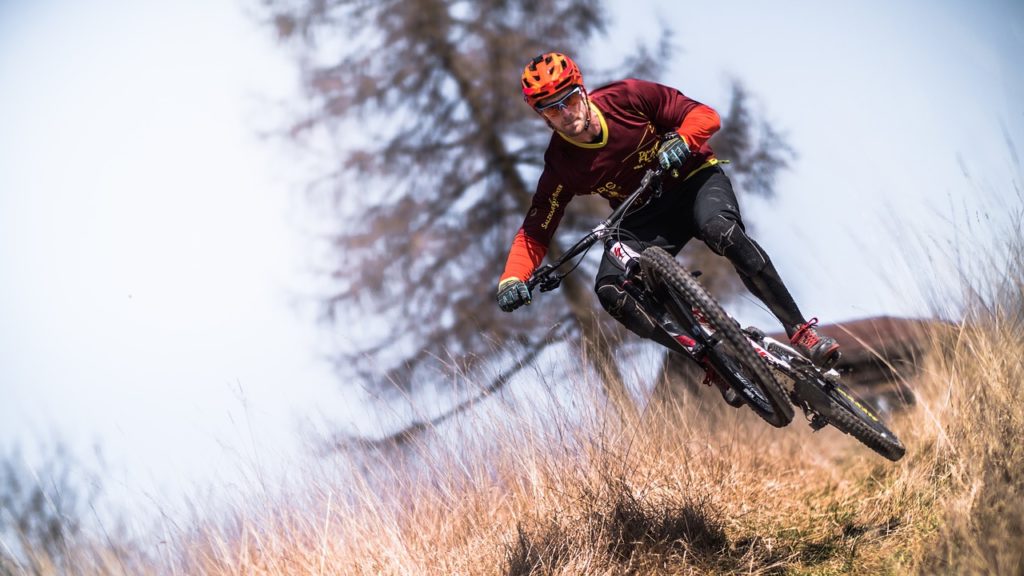 We haven’t mentioned leaning. It shouldn’t really have to be said that leaning into a bend helps a two-wheeled machine to get around it – you’ll notice that Mr Rossi leans quite a lot. If you’re not pedalling at the time then, like Mr Rossi again, lean on the inside leg – keeping your pedals level – and just relax; the inside leg will support you better and centre your weight better if you start to skid – where it will also enable you to steer into the skid more easily.

There are quite a few things to remember here but hopefully you’ll have noticed the constant repetition of two things; staying relaxed and looking ahead. If your patient and are prepared to practice the essential skills, you’ll spend less time on the deck and more time smiling…MTB riding is one of life’s great pleasures when you get it right. 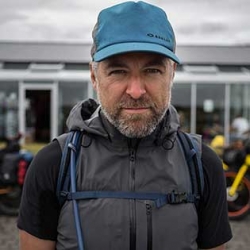 Jono
Chief Editor at SauserWind
Jono is our head editor and tech writer. When not writing and reviewing MTB gear, Jono is out riding on the trails of Los Altos, CA.Jono also runs the Palo Alto MTB Club for hardcore enthusiasts who love custom builds.

Latest posts by Jono (see all)

Jono is our head editor and tech writer. When not writing and reviewing MTB gear, Jono is out riding on the trails of Los Altos, CA. Jono also runs the Palo Alto MTB Club for hardcore enthusiasts who love custom builds.